The road to summiting Himlung Himal is a journey of variation. The mountaineers will face different Himlung Himal difficulty, but the technicality part is pretty easy.

Himlung Himal is a mountain in the north-central Himalayas of Nepal. The peak is a part of the Manaslu region that lies in a secluded area of the Nepal-Tibet border.

The expedition resides in one of the beautiful trekking regions of Nepal. The villages of this region are untouched by modernization. Thus, it is perfect for travelers seeking wilderness, remoteness, and extreme adventure.

The extreme difficulty level adds adventure to this expedition. You will be trekking along the rough terrain to the Base camp. You need to know how to use mountaineering equipment like fixed ropes, crampons, carabiners, etc.

To learn more about the Himlung Himal difficulty, you can read further.

Meals: Breakfast, lunch, dinner, and hot drinks during the expedition 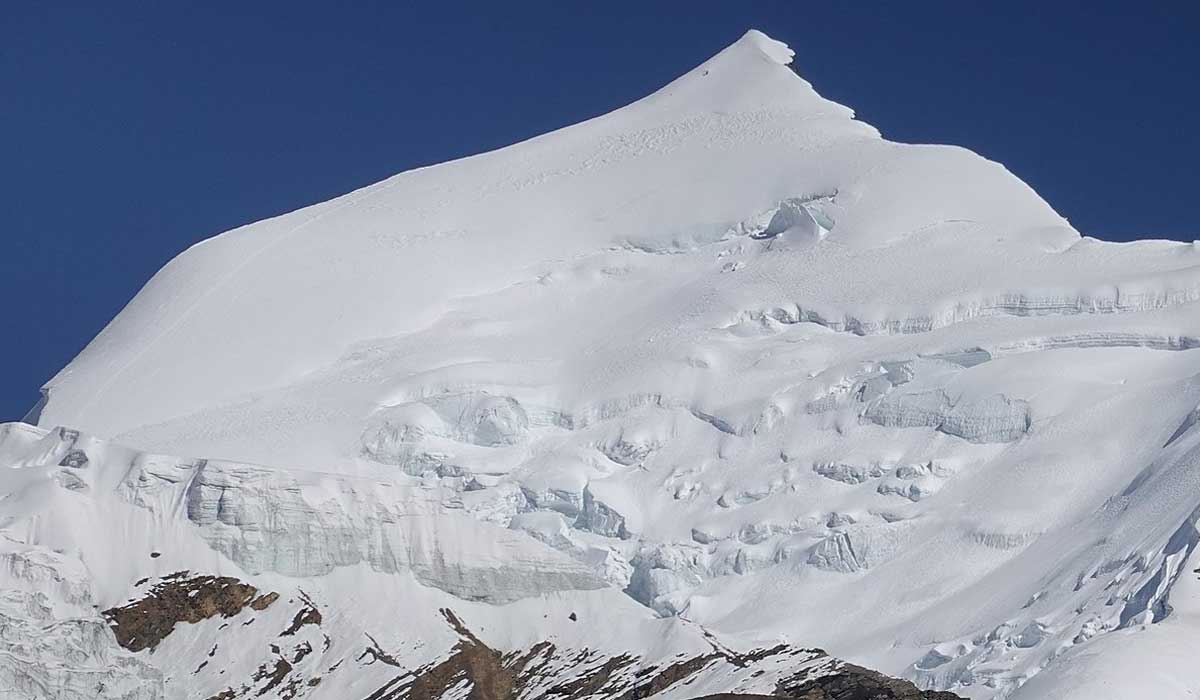 Himlung Himal lies about 150 km away in the northwest of Kathmandu and approximately 25 km away from Mount Manaslu. Nemjung is another name for this magnificent peak.

The name of Himlung changed a few years after the first ascent. The Nepalese Government changed the name to another mountain about 4 km away in the north.

Located in the Manang district of Gandaki Zone, this Himal summits at an elevation of 7140 m above sea level. The first ascent to the top was made in 1983 by Nepal and Hirosaki University Himlung Himal Joint Expedition.

The peak was first ascended via the east ridge by the joint expedition on October 27, 1983. And on October 30, 2009, a Japanese team submitted the peak via the previously unclimbed west face.

Why Himlung Himal Expedition is Difficult?

Himlung Himal Expedition Difficulty is not an exception as you will be climbing a 7000 m mountain. You will face various Himlung Himal Climbing difficulty, and some are:

Mount Himlung lies at an elevation of 7140 m above sea level. The altitude increases by 600 to 800 m every day, decreasing the oxygen level as you move high.

You start the journey by descending from 1400 m to 840 m elevations. But you move up about 400 to 500 m the next day. Likewise, the altitude keeps ascending till the summit, which can cause Acute Mountain Sickness for a few.

Acute Mountain Sickness is an outcome of increasing altitude, which can be fatal if not treated at the right time. It is the most common Himlung Himal expedition difficulty.

Altitude sickness is due to less air pressure and oxygen in high places, causing breathing difficulties. It affects your health as oxygen drops with each climb in the trails.

You can face symptoms such as headache, vomiting, nausea, sleeping difficulty, walking difficulty, shortness of breath, and many more. If you occur any of the above symptoms, inform your guide or nearby companion immediately.

Frostbite is injuries caused by the freezing of underlying tissues and skin. First, the skin becomes red, then goes numb, stiff, and pale. It is common on toes, fingers, nose, ear, cheeks, and chin.

Reaching an elevation of 7000 m, your skin will be exposed to cold weather, which is vulnerable to frostbite. Also, frostbite can occur on covered skin with gloves or other clothing. So you need to cover your body with warm clothes from head to toe adequately.

It is also a major Himlung Himal climbing difficulty you can face without proper care.

Himlung Himal Expedition takes a long time off your schedule. You will stay for about a month in the region to reach and return from the summit. The preparation time also takes around two months or so.

You will acclimatize for days before summiting the peak and descending back. You practice ascending and descending for several days to adjust your body to high altitudes.

On the trails, you also face some hurdles like ice and its shifting maze. Before the climb, you will be trekking 10 to 15 km, covering 5 to 8 hours each day.

Avalanche occurs in some areas when traveling to the mountains. So, it is better to minimize the time in those areas. You will cross these places early mornings before the sun’s heat warms the snow.

Avalanche is snow-sliding when snow rapidly flows down a slope. These can set off unknowingly due to increased precipitation or external means.

Weather is another Himlung Himal Difficulty you should consider as it changes from time and again. The weather remains unpredictable while making the ascends.

The air temperature drops by 0.60 degrees with a 100 m gain in altitude. By the time you reach Camp III, the temperature ranges in negative. You will experience freezing temperatures at night and warmth at day.

Falls are a dangerous aspect when climbing Himlung Himal. It is one of the causes of injuries and deaths, so you need to be conscious when climbing the trails. It is risky to step out of the tent during the night in ice-covered ground. Also, always double-check your equipment for safety purposes.

The temptation of reaching the summit when you are suffering in the mountains is pretty natural. But putting massive effort in high altitude conditions and dangerous slopes can lead to risk and increase challenges.

Many people ignore signs with the fear of ending their tour, which later harms their health. So, you should be realistic and set a “turn around time” to know when to stop and return down.

Having no prior experience can be fatal for one, as climbing 7000 m can be risky. You should have climbing experience on 6000 m peaks for a full-blown experience in this expedition. 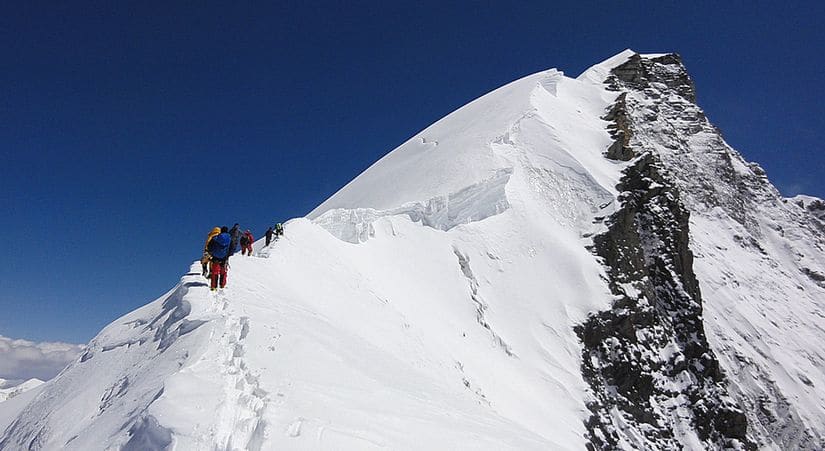 Day 2: Visit the UNESCO heritage sites of Kathmandu and prepare for the expedition

Day 10 – 23: Climbing Period, acclimatization, and back to Base Camp 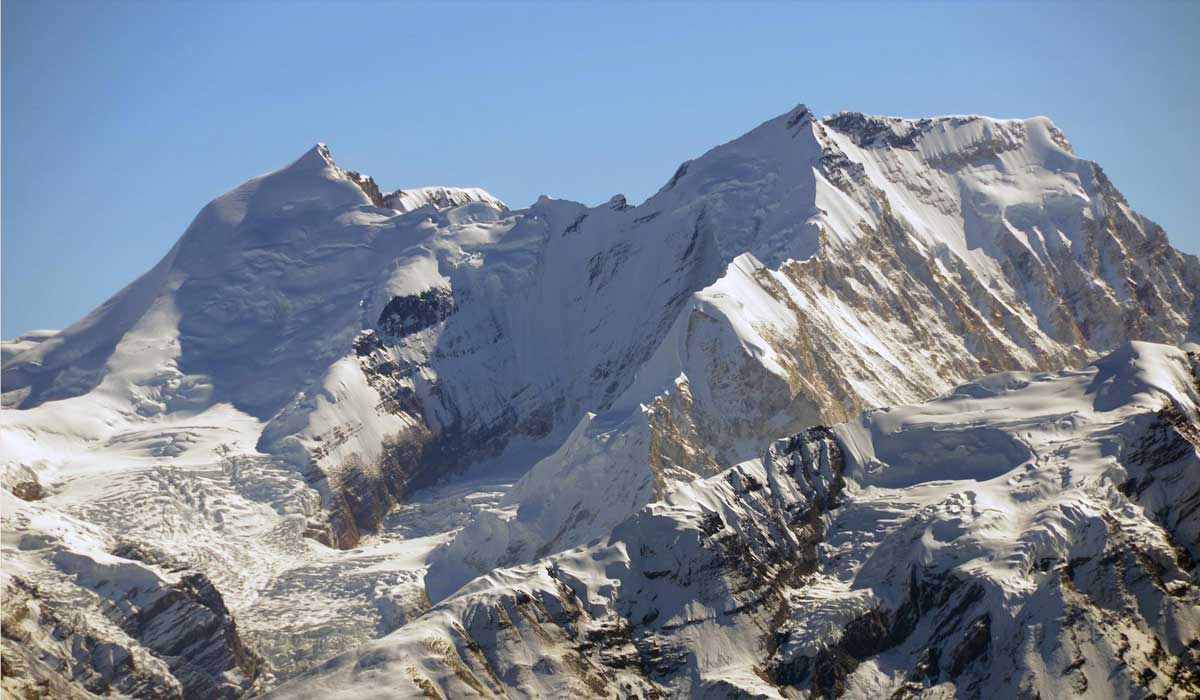 On this voyage, you begin by taking 7 hours to drive to Bulbule, then start trekking to Jagat the next day. Then you head to Dharapani and Koto from there.

After a relaxing night, you head towards Meta and trek to Phu the following day. Finally, you trek to Himlung Base Camp, a highlight of the expedition. You set your camp here with tents and logistics.

You have a total of 14 days period to acclimatize, prepare for the climb, summit the peak and return to the base. After that, you spend another four days in the region before driving back to Kathmandu.

In the Himlung Himal expedition, you will set the base camp at an elevation of 4850 m, where you can still discover grass in the land. Before reaching the summit, the other three centers will be set in different altitudes. Camp I at 5619 m, Camp 22 at 5987 m, and Camp III at 6400 m. The expert team will set up the camps allowing you enough time to explore the areas. On an important note, you will be ascending the peak during favorable weather.

How Difficult is Himlung Himal Expedition? 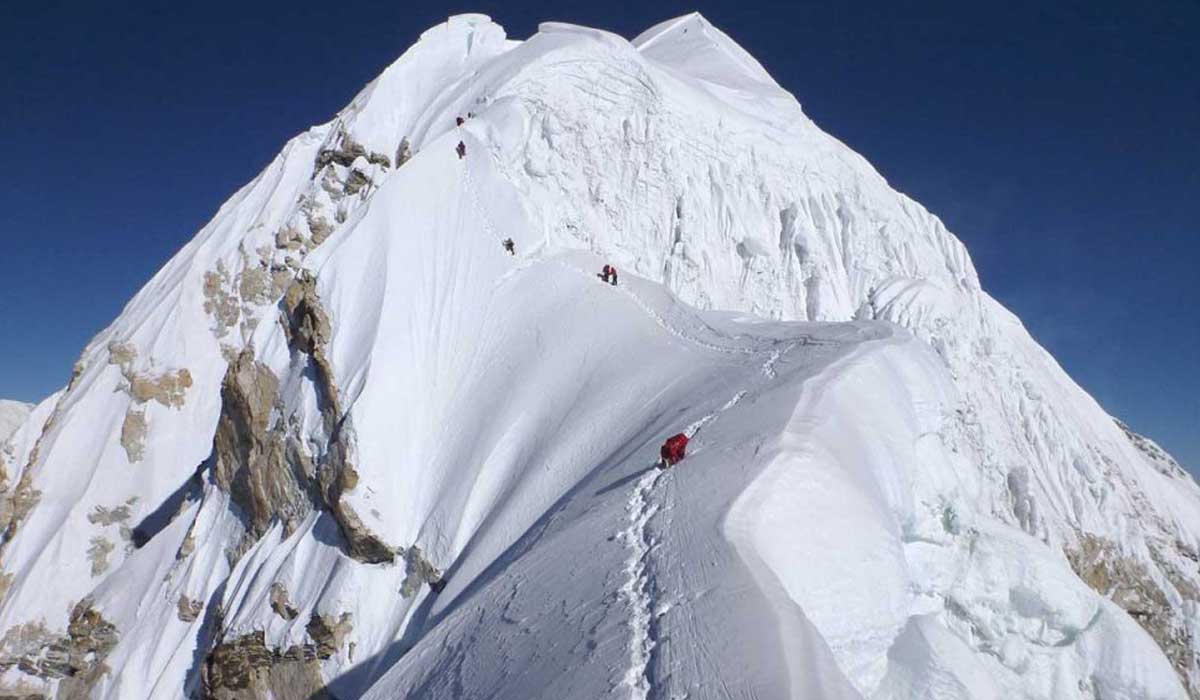 Climbing mountains over 6000 m is not a joke, so Himlung Himal Climbing Difficulty is no different. This expedition demands a high fitness level, but climbing is not much more challenging than the 8000 m peaks.

This journey is an expedition, not a trek, so you must begin through basic mountaineering training. It would be best if you prepared like you will summit over 8000 m for better results. 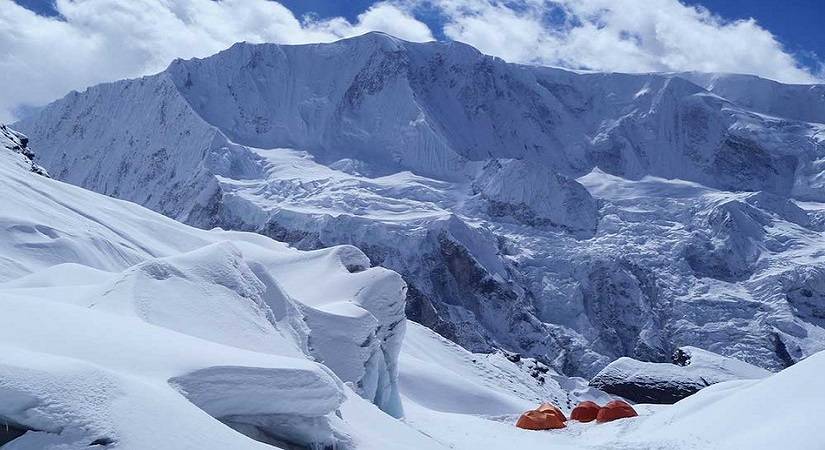 March, May, April, September, and October are the best time for Himlung Himal Climbing. The expedition season begins in March in Nepal due to its weather conditions.

The weather is cold during these months, due to which the snow doesn’t melt, giving proper footing in the snow. The climatic patterns in these months are similar to each other.

It is highly encouraged not to take expedition chances in summer as it is often wet. The trails are risky and unreliable for the climb. Also, in Nepal, the rainy and summer seasons fall at the same time.

Likewise, the weather is freezing in winter, making it the least preferred time for the expedition. Also, there are occurrences of heavy snowfall increasing the temperature. 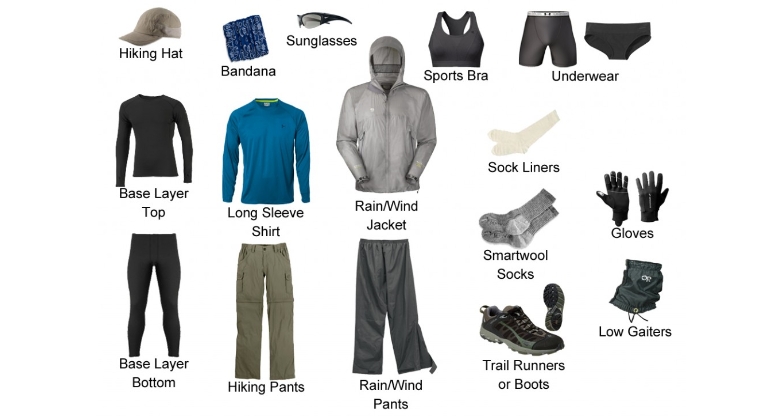 Overall, climbing a 7000m peak is not like walking in the park. It would be helpful if you consider all the dangers and risks involved with the expedition. We have mentioned the Himlung Himal Difficulty faced in this expedition above.